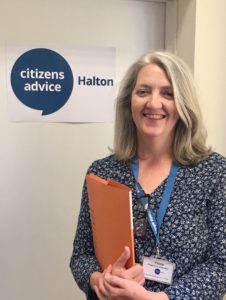 Citizens Advice Halton has responded to last week’s Supreme Court’s ruling that fees for Employment Tribunals are unlawful.  For the last few years the local charity has submitted numerous evidence forms and case studies to be presented to Parliament, showing just how difficult it was for victims of work place discrimination and unfair dismissal to get access to justice.

In the last year alone Citizens Advice nationally has helped people with almost 350,000 employment issues. The charity helped people with 72,5000 issues around pay and entitlements and 17,500 enquiries about Employment Tribunals and appeals.  Here in Halton, in 2016-17 local Citizens advice Halton advisers helped 345 people with employment rights queries.  75 people wanted advice about getting the right pay and entitlements, and 100 people wanted advice after they were dismissed.

One woman came to Citizens Advice for help because she was owed £330 by her employer for unpaid wages. She asked her boss for the money, but when they refused she decided not to take the case to Employment Tribunal as the fees would add up to £390 – more than what she was owed.

“This landmark ruling should mark an end to Employment Tribunal fees standing in the way of people upholding their employment rights.  People’s employment rights are only as good as their ability to enforce them. Employment Tribunal fees have prevented people from getting justice when they’ve been treated unfairly at work. We are glad the government has acted swiftly to suspend the fees system and has agreed to ensure all of those who are out of pocket get their money back.”

“Employment Tribunal fees have been a huge barrier to justice.  Since the introduction of fees in employment tribunals in 2013 the number of individual claims has dropped by around 70%.  Workers who had a legitimate claim when they were unfairly dismissed or discriminated against had to pay £1,200 to bring a case to a tribunal.  Even workers with a relatively straight forward claim for unpaid wages and holiday pay had to pay a fee of £390.

“But these are not the only challenge people face. What your rights are, and how to go about getting redress without resorting to an Employment Tribunal remains a very complicated picture, which is why we’re calling on the government to create a single Fair Work Authority to make it easier for people to get the rights they’re entitled to by clamping down on unlawful business practice.”

If you were deterred from making a claim due to the fees, it may be possible to bring a late claim to the Employment Tribunal and people should get in touch with Citizens Advice Halton by emailing them at advice@citizensadvicehalton.org.uk or calling 0344 477 2121.  Citizens Advice Halton are also looking for local people to join its volunteer advice team, no prior experience needed as full training will be provided.

We Need Your Support

Citizens Advice Halton is a registered charity and we need your support to keep providing a free service.

We use cookies to ensure that we give you the best experience on our website. If you continue to use this site we will assume that you are happy with it. To find out more click the read more button. OkRead more